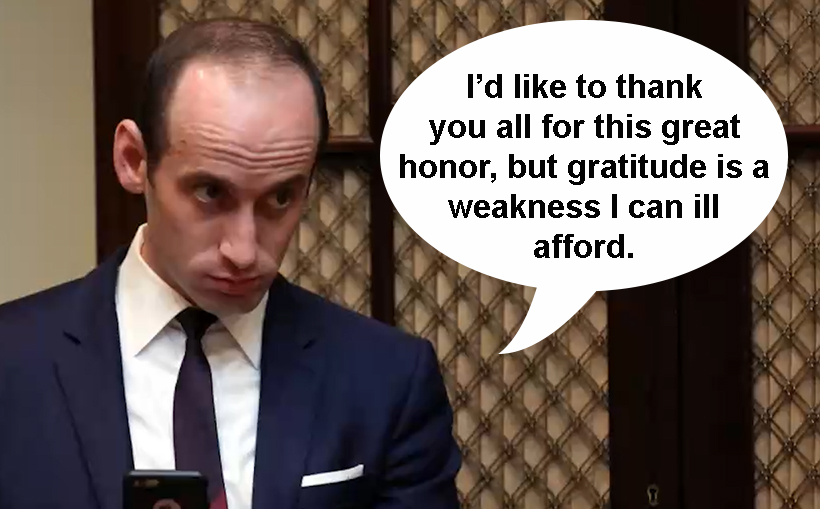 According to White House insiders, President Donald Trump has long authorized a weekly award for the "most bombastic, over-the-top, negative comment" about a U.S. citizen or ally. The "Biggest Douchebag Award," also known as the "Douchey," has, in the past, gone to Chief of Staff John Kelly, for lying about Rep. Fredericka Wilson (D-Fla.), Press Secretary Sarah Sanders for insults to every mainstream press reporter, and to Advisor Kellyanne Conway for insulting Americans who don't buy Ivanka Trump brand clothing. Just last week, the Douchey was awarded to White House Economic Advisor Peter Navarro for saying that Canadian Prime Minister Justin Trudeau "deserved a special place in hell" for mildly rebuking the president for initiating a trade war against its closest ally. In the months the award has been given, no one has won more Douchies than sneering Advisor Stephen Miller. "You've got to wake up pretty early in the morning," said one White House staffer, "if you want to beat that prick. He's the gold standard."