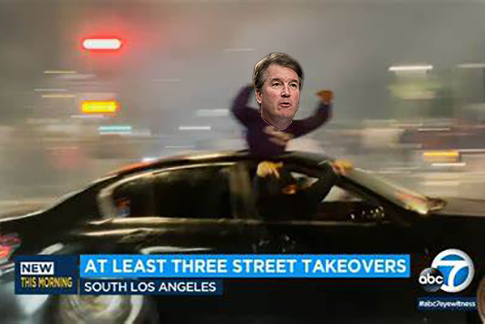 In a sweeping 6-3 conservative decision on Thursday, the Supreme Court struck down virtually all state laws that for over 100 years have regulated the operation of motor vehicles. Writing for the majority in Squi vs. Maryland, Justice Brett Kavanaugh opined that “tyrannical laws” that “once mandated” car insurance, driving age limits and obedience to traffic safety “are now null and void.” Kavanaugh went on to state that, in addition, drivers will no longer be required to conceal “an open case of beer they’re drinking while on the way to a party where they have a shot at nailing some chicks.” 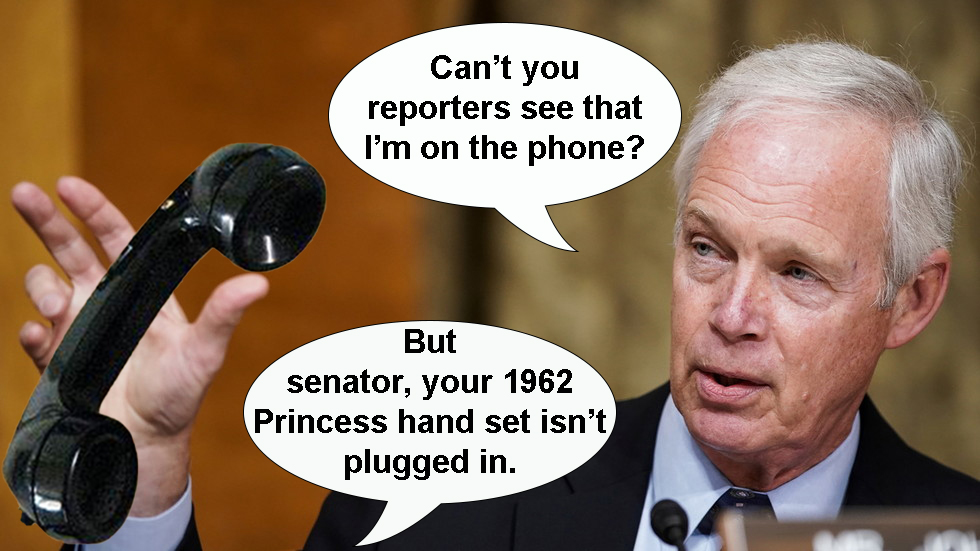 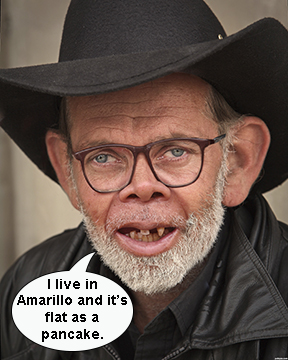 At their weekend convention, the Texas Republican party officially adopted a series of positions that included claims Joe Biden was not legitimately elected and homosexuality is “abnormal and probably linked to Broadway musicals.” “When the Legislature resumes its session,” said state chair Lem Turdwallow, “we will be seeking a ban on show tunes, and fines for anyone not referring to Joe Biden as ‘acting’ president. We will also be working to repeal the repressive law of gravity and will take a hard look at schools that insist on the lie that the earth is round."

Not even remotely guilty

A costly three-year investigation by the Trump Justice Department and U.S. Attorney John Durham failed to produce a guilty verdict Tuesday afternoon as Hillary Clinton lawyer Michael Sussman was acquitted for lying to the FBI while discussing connections between Russia and the 2016 Trump presidential campaign. Donald Trump was livid. “I told Bill Barr that Durham was bad news in 2019,” Trump raged at the ice cubes in his Diet Coke in Mar-a-Lago’s main dining room. “I wouldn’t let Giuliani grow a mustache because bald lawyers with facial hair are bad news.” 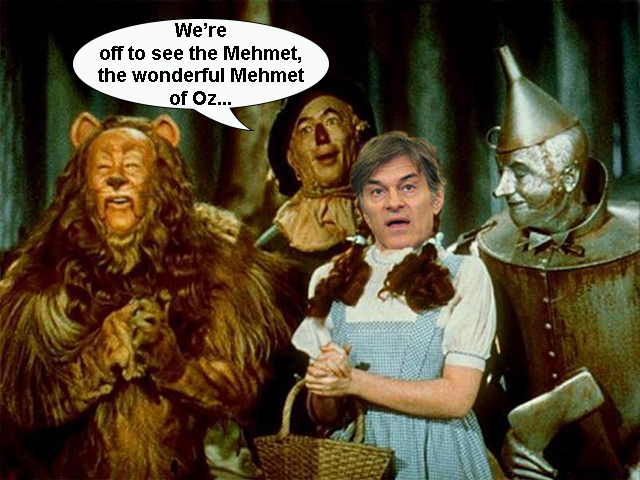 As the race for the Pennsylvania GOP nomination for U.S. Senate remained too close to call Friday, top vote-getters, quack Dr. Mehmet Oz and hedge fund thief David McCormick, laid out their plans should they fail to win the primary. “Running for election is almost as much fun as shilling bogus patent medicines,” said Turkish citizen and New Jersey resident Oz. “If I don’t win in Keystone state, I will either run for senator of Turkey or prime minister of New Jersey.” For his part, McCormick told reporters that if he should lose, he would “fill up my swimming pool with cash and claim it as a business expense.” 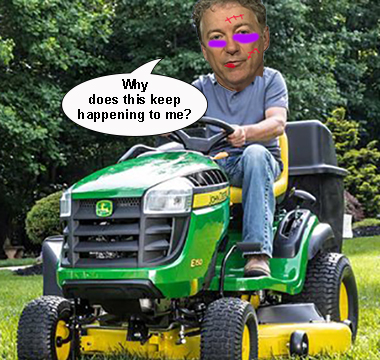 Sen. Rand Paul (R-Ky.), who was accused by late-Sen. John McCain in 2017 of “taking orders directly from Vladimir Putin,” single-handedly blocked a bill on Friday to swiftly send an additional $40 billion in military aid to Ukraine. Ukrainian President Volodymyr Zelenskyy, who had steadfastly refused to leave Ukraine after the Russian invasion 11 weeks ago, made an exception by flying to the U.S. overnight and beat the crap out of Paul as he was cutting his lawn. Reporters caught up with Zelenskyy as he waited to board the plane back home. “No way that’s his real hair,” he said. During Monday’s nationally televised Victory Day concert celebrating the contributions of everyday Russians to defeat Nazi Germany during World War II, an error was made by the Kremlin’s graphics department. Amid images of 1930s Russian citizens, the slide show behind the live action briefly displayed a picture of '30s American bank robbers Bonnie Parker and Clyde Barrow. Realizing the mistake, another photo was quickly substituted and the person responsible was hastily promoted to President Vladimir Putin’s food testing team. 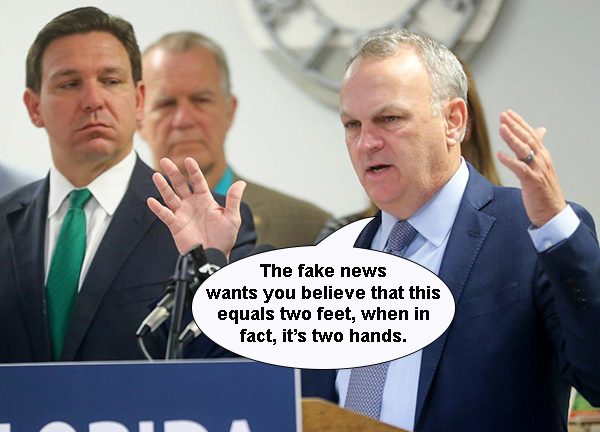 Following orders from authoritarian Gov. Ron DeSantis, Florida Department of Education Commissioner Richard Corcoran on Friday announced that he has blocked 54 of 132 mathematics textbooks from being used in classrooms, citing "references" to critical race theory, and “even more insidious” – critical math theory. “Three and three doesn’t always add up to five,” he said demonstrating on his fingers. 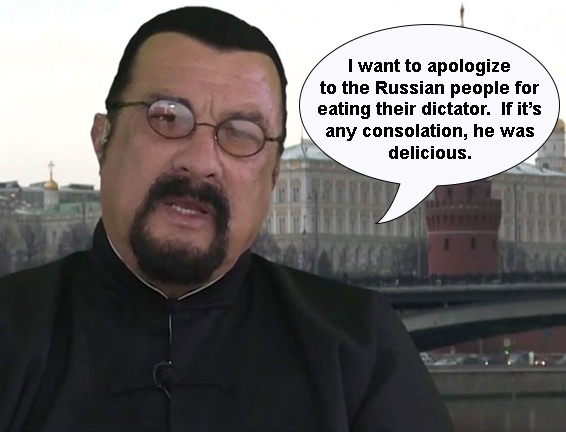 At a weekend Moscow party celebrating Russian citizen Steven Seagal’s 70th birthday, the washed-up former American actor praised Putin and apologized for eating him. “My only excuse was that I was very hungry,” said the 450-pound fascist martial artist.

Two faces have I 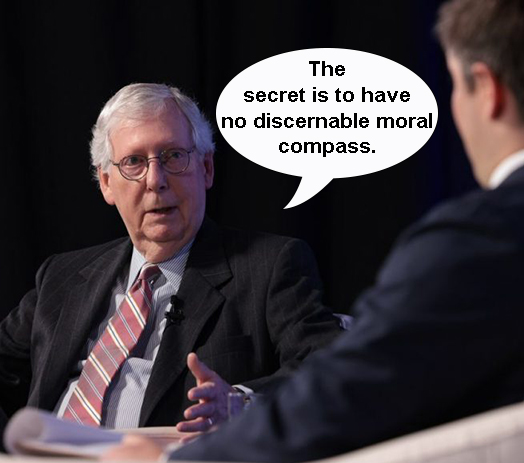 Senate Minority Leader Mitch McConnell told Axios on Thursday that he would support former president Donald Trump in 2024. The top Republican was asked by reporter Jonathan Swan why he would support Trump despite condemning the former president for his part in an attempted coup on Jan. 6, 2021. “Two things can be true at the same time,” said McConnell. “For example, while I condemn Vladimir Putin for his genocide against Ukraine, I will vigorously campaign for him in 2024, 2030 and 2036.”